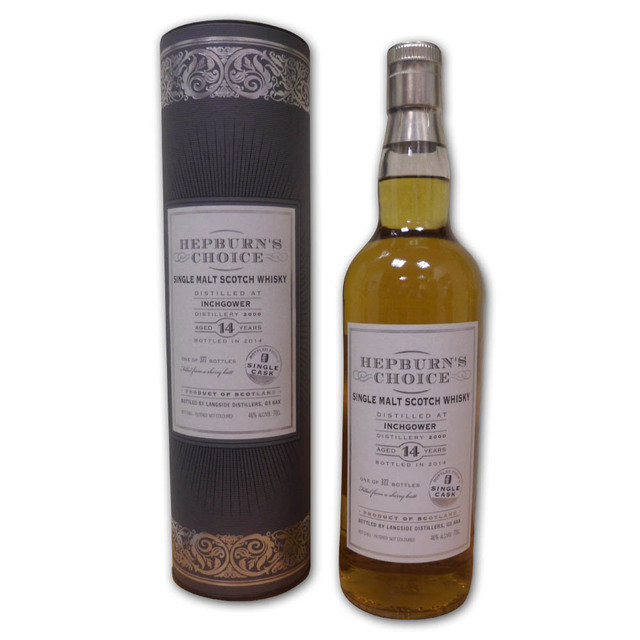 Hepburn's Choice is always from a specially selected single cask, bottled at 46% alcohol, naturally and without artificial colouring or chill-filtration.

Each bottling is chosen to showcase the specific characteristics of one of Scotland's whisky producing regions, or those of a distillery in particular.

This range is named in honour of William Hepburn, the late maternal grandfather of the directors of the Independent Bottling Company. William Hepburn travelled the globe with his job in the diplomatic service. With a fine judgement honed at many embassy functions, Mr Hepburn was a connoisseur of his homeland's whiskies; with this in mind these bottlings would doubtless have been "Hepburn's Choice"