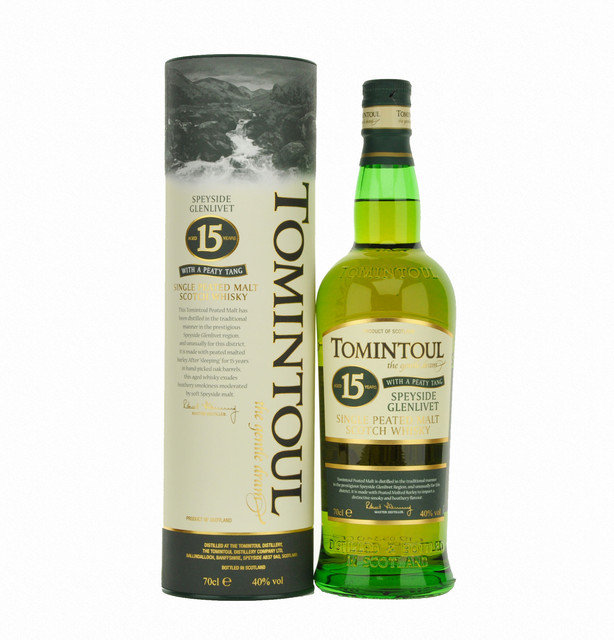 This one smells like the forest: heather roots, wood smoke, pine oil and a leafy green note. The toasty malt provides the sweetness to counteract the...read more

This one smells like the forest: heather roots, wood smoke, pine oil and a leafy green note. The toasty malt provides the sweetness to counteract the peat, with a gentle nuttiness and some of the typical Speyside fruits to remind you where this comes from. Don’t turn your nose up at the lack of an age statement - there is both young and old malt at play here, as the depth of character betrays. It does not try to imitate Islay: rather, the peat is gentle, a complement to the distillery character, and entirely at home. More lightly peated than the Old Ballantruan from the same distillery, and more in keeping with Tomintoul’s signature “gentle dram”.