Around the World in 80 Cigars - The Travels of an Epicure 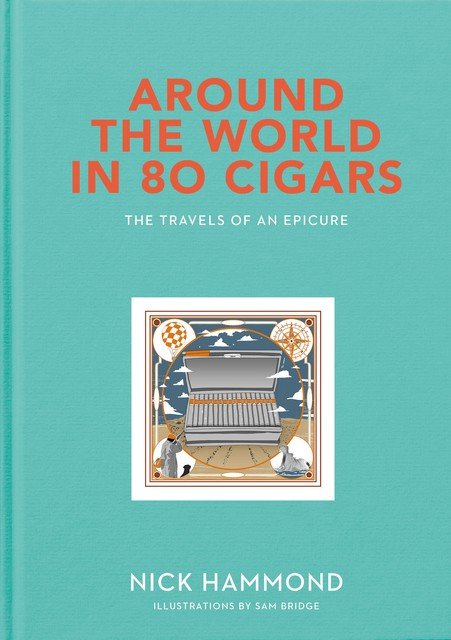 Around The World In 80 Cigars - The Travels Of An Epicure is a cigar book like no other.

We have a limited number of signed copies of...read more

Around The World In 80 Cigars - The Travels Of An Epicure is a cigar book like no other.

We have a limited number of signed copies of this outstanding book available - once these are sold through, regular copies will be shipped!

This luxury, journal-style, cigar flavoured travelogue was released in the UK on September 12, 2019 and is exclusively supplied to the tobacco trade by Tor Imports Ltd.

Renowned author and cigar writer Nick Hammond is probably well known to you all; he's been a columnist for Cigar Journal for many years, was the inaugural winner of the Spectator Cigar Writer of the Year Award back in 2013, pens cigar and luxury articles for publications around the world and has long been a supporter of the UK cigar trade in general.

His new book charts a quarter century of his life as a roving reporter; a compendium of weird, wonderful, poignant and poetic stories which will amuse, entertain and inspire. As well as highlighting a host of cigars from every corner of the cigarmaking globe, Hammond takes us on a breathless tour of some of the world's most amazing people, places and perspectives.

Ever wondered what it's like to walk through a Bosnian minefield? Play tug of war with a Nile crocodile on the Limpopo River? Dive with Great White Sharks off South Africa, sail in a hot air balloon over Cognac or trek the rainforests of Borneo?

These, and many more remarkable tales, are retold with tongue firmly in cheek and each & every story is trailed by the waft of fine cigar smoke. A must read for the cigar man or woman and a wonderful gift from a thoughtful friend or relative, Around The World In 80 Cigars -  The Travels Of An Epicure is a beautifully presented, luxurious hardback journal, featuring stunning original black and white hand drawings from renowned artist Sam Bridge and silk ribbon page marker.

Nick Hammond has pledged ten per cent of the profits from Around The World In 80 Cigars – The Travels Of An Epicure to Fe y Alegria in Nicaragua. Faith & Happiness, as it is translated, is a Christian charity working on behalf of underprivileged children. In Nicaragua’s cigar capital of Estelí, the charity runs a hugely important school giving local children – many of whom may not otherwise stay in education much beyond their 12th birthday – the opportunity to  continue to study and build a better life for themselves and their families. Tor Imports has similarly agreed to donate £1 for every copy of Around The World In 80 Cigars purchased back to Fe y Alegria.