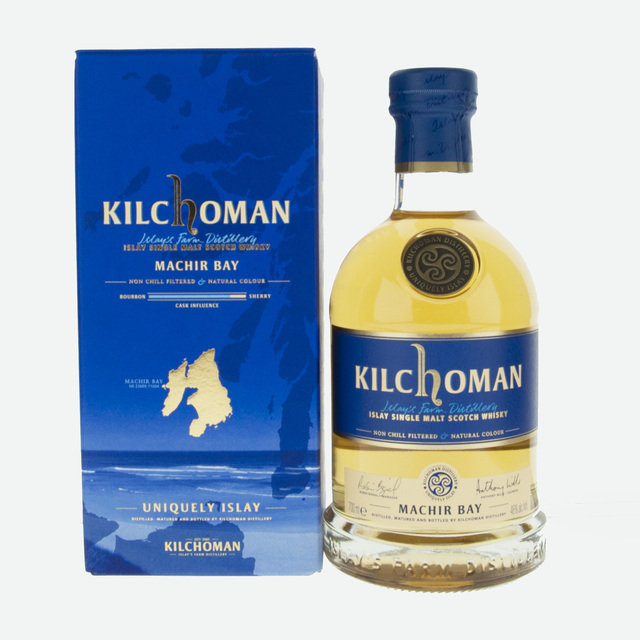 Machir Bay, is the Kilchoman signature peated single malt. This whisky is a vatting of Kilchoman matured in both bourbon and sherry casks. Named after Islay’s most spectacular beach, the high proportion of bourbon barrels create a distinct balance of classic Islay character and fresh floral complexity.