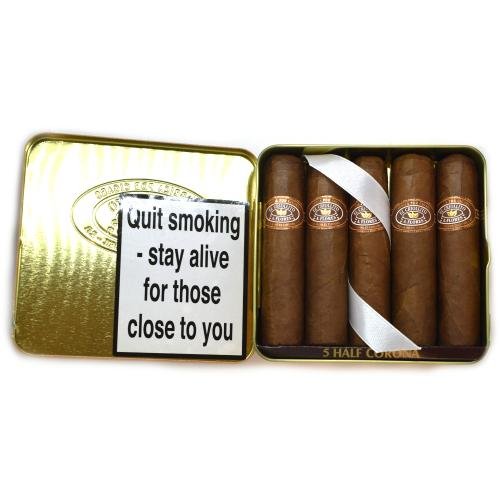 PDR Cigars A. Flores El Criollito Half Corona - Tin of 5

PDR Cigars A. Flores El Criollito Half Corona - Tin of 5

With a commitment to quality and consistency PDR Cigars selects and maintains only the finest tobaccos from countries such as; the Dominican Republic, Nicaragua, Brazil, Ecuador, and the United States. Abe Flores and the PDR Cigar Factory proudly rolls cigars in the classic Cuban entubado method allowing for an exceptional smoking experience. This commitment to quality and craftsmanship shines through in PDR’s outstanding selection of complex and flavourful cigars.