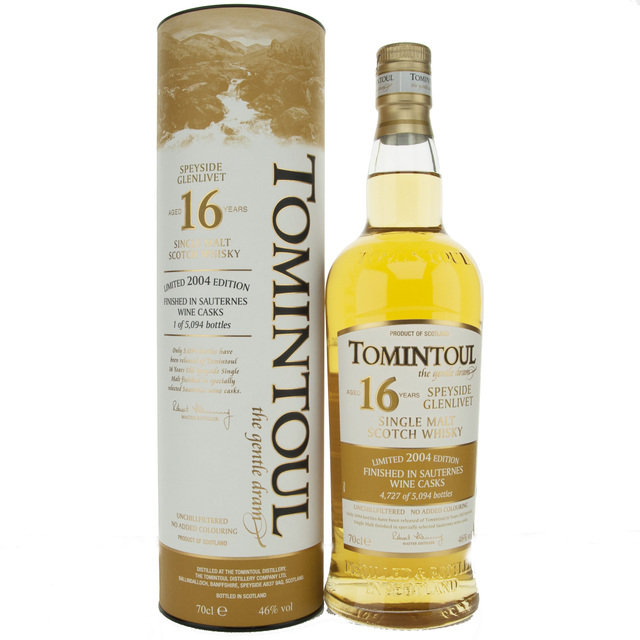 A limited release of only 5,094 bottles!

Tomintoul Sauternes Cask Finish was distilled in 2004 and matured initially in ex bourbon American oak casks before being finished in French oak casks which previously contained Sauternes wine to add depth and complexity with stone fruits, honey, marmalade and spice!!