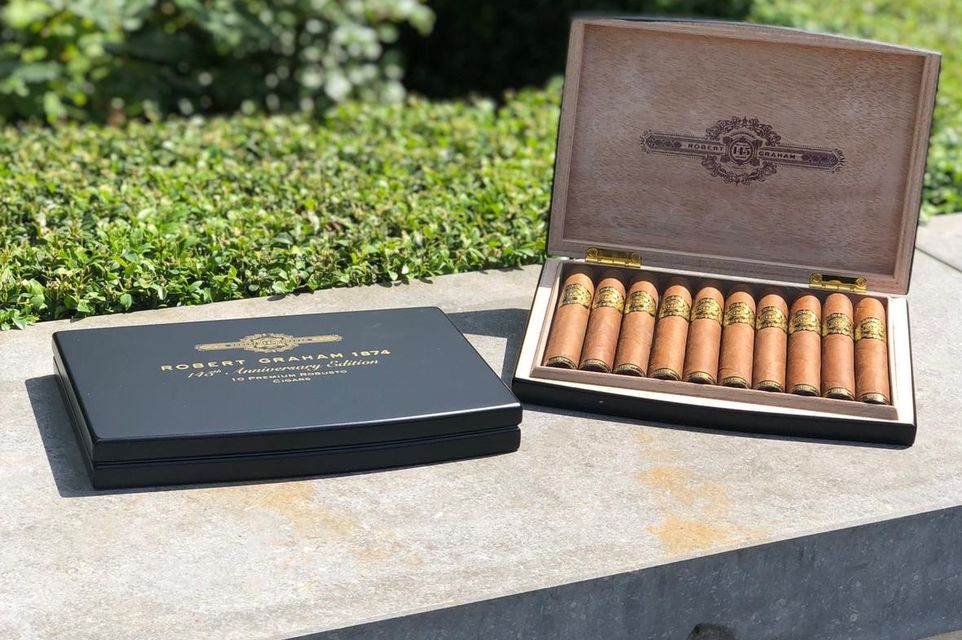 We are delighted to announce that our 145th Anniversary Cigars are now available for Pre-Order!!

Created under the watchful eyes of Didier Houvenaghel, owner of Nicarao Cigars and NyB Cigars, at the A. J. Fernandez factory in Esteli, Nicaragua, our 145th Anniversary cigars are superbly elegant and refined.

These Robusto sized Nicaraguan Puros (‘Puro’ meaning that all the tobaccos used are grown in Nicaragua) are wrapped in a decadent reddish-brown silky Criollo wrapper to lend some sweetness and structure, the Pelo d’Oro binder adds a punch of strength and the Pilato Cubano and Criollo 98 tobaccos of the filler add to the rich flavour profile and a wonderful aromatic complexity.

Our Limited Edition Robert Graham 145th Anniversary Cigars are intensely rich, with a very finessed flavour profile brought about by the careful ageing of the superior grade tobaccos before use, and the rarity of the tobaccos utilised in the creation of the cigars!

The release is limited to 145 numbered boxes of 10 cigars.