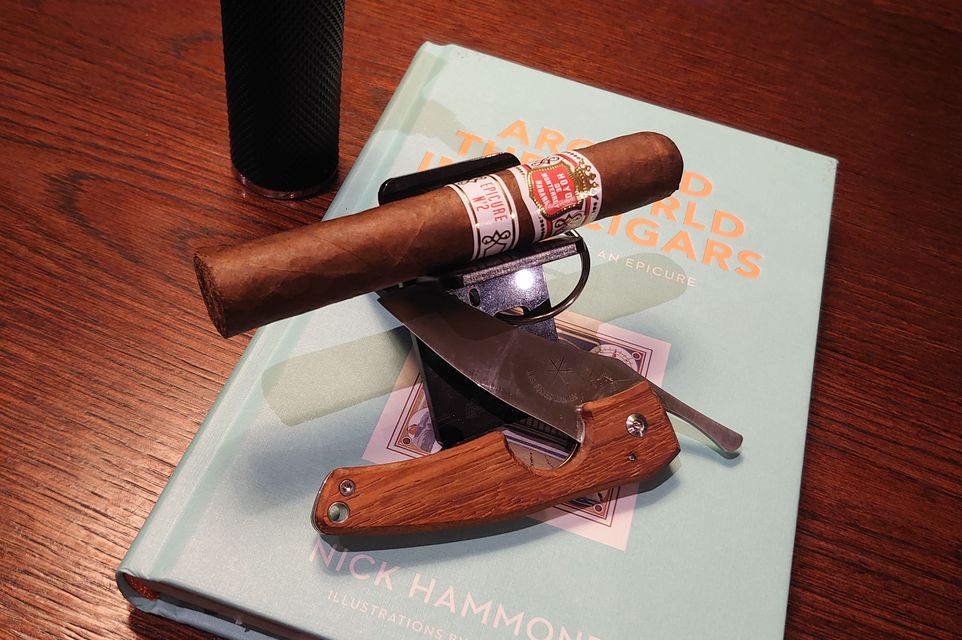 Located in the middle of the legendary San Juan y Martinez area in Vuelta Abajo, the Hoyo de Monterrey farm was bought up by Don Jose Gener y Batet in the 1860s. In 1865 the Hoyo de Monterrey de Jose Gener brand was registered. Since then, the brand has produced cigars that receive worldwide popularity and is one of the pre-revolution brands that has stayed strong even after the revolution.

The Hoyo de Monterrey brand boasts an impressive portfolio of different vitola’s for everyone’s needs. However, the Epicure No. 2 is the most popular vitola in the brands catalogue. The flavour of Hoyo de Monterrey’s blend makes it an attractive choice for those who seek a delicate yet aromatic Havana that is lighter to the taste but with great elegance and complexity. Long filler, totally handmade using filler and binder leaves from the Vuelta Abajo tobacco zone, which is the main source of tobacco for Habanos and the only zone in Cuba that grows all types of leaf: wrappers, filler and binders.

Today, I shall be smoking that very cigar.

This cigar also happens to be one of Author, journalist and good friend of Robert Graham 1874, Nick Hammond’s favourite smokes. And in fact, makes a number of references in his book ‘Around the world in 80 cigars, The travels of an Epicure” to the Hoyo de Monterrey Epicure No. 2.

The pre-light draw has a good level of resistance without it being too hard to draw on.

Initial flavours of strong cedar and a bit of pepper come through after lighting. As I get past that first half a centimetre creamy notes start to develop and while the cedar notes disappear the peppery taste comes through more strongly. Less than half a third in I’m finding that I need to correct the cigar already and even it out. As I reach the end of the first third the cigar has only developed the creamy taste further and a rather lovely oily taste has come through.

Into the second third and some of those woody notes I had initially tasted have returned although, it still remains as more of a cedar taste rather than an oaky wood taste. The peppery notes have subsided, but the creamy notes remain however it is far more subtle than it once was. Despite it being such a light cigar, it has a rather good body behind it.

At the end of the second third and now reaching into the final third a very subtle vanilla note is now present. Deep into the final third the cigar has retained a wonderful woody taste, kept its delightful creaminess the whole way through. Overall, I found this cigar to be truly excellent throughout that develops well and would no doubt be a comfortable cigar for everyone.