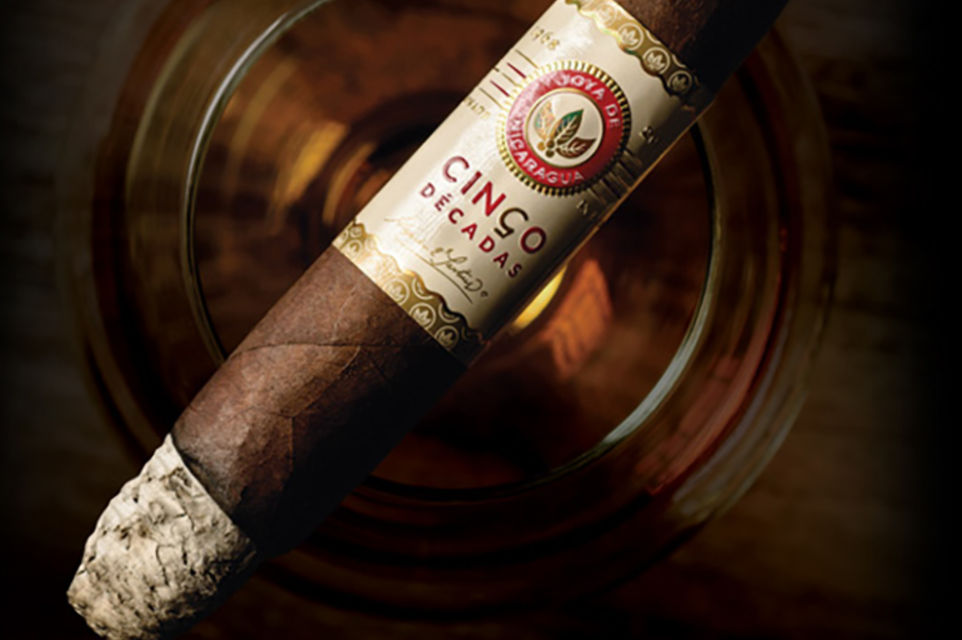 Hello once again to all of you ladies, gentlemen, Cigar and whisky lovers out there. In today's Journal I will be chatted about Joya de Nicaragua’s Cinco Décadas

Joya de Nicaragua, jewel of Nicaragua. No other name could really represent this cigar brand so perfectly. Joya De Nicaragua was established 52 years ago in Esteli, Nicaragua where you can still find its original factory today and still in full, operational use. However, it’s been through a lot, from being set alight by Sandinista revolutionaries and then bombed by Somoza loyalists during the Revolution that began in 1979.

To celebrate its 50 years of production, a special line was released. The Cinco Décadas, or, 5 Decades. This special line of cigars is made with Joya De Nicaragua’s prime extra-vintage leaves from the brands exclusive collection of tobaccos. Whilst the cigar is made of purely Nicaraguan tobacco (after all the inside of the band does state it as being ‘The Most Nicaraguan Cigar’) the wrapper, binder and filler farm locations are all undisclosed. The blend is available in 3 different, unusual shapes. The Fundador, a 6 x 54 box press. The 6 x 54 ’Diadema’ and the El General, which I’ll be smoking today, sized at 7 x 50. The latter two sizes mentioned are apparently some of the first sizes rolled when the company started up 52 years ago.

My first few draws of this cigar are surprisingly revealing of its character. The initially strong spice quickly mellows a touch and a smooth silky-like smoke starts to accompany the spice in a rather delicate fashion. A touch of earthiness is present although not overwhelming in character. The puffing rate to this cigar is exceptional, whilst I wouldn’t say it necessarily burns quickly, the draw is incredibly easy which, in my opinion, makes for a more relaxing smoke.

The body itself is fairly heavy in character but the strength is more medium than it is full. The earthy character becomes a bit more apparent as I enter the second third and the spice has mellowed out but still plays a large role in this cigars character. The smooth and silky textures have only improved as I have progressed. Now towards the end of the second third senses of woody notes begin to come through along with a touch of coffee bean.

Now in the final third and the cigar is rather creamy, far more so than it was in previous thirds of the cigars. There is now only a touch of earthiness and the coffee is more noticeable.

Now at the end of this fine cigar, which I’ve smoked right down to the end, I can easily praise it as being a top favorite of mine. It’s rather rare I would smoke two of the same cigars in a week, but I find myself wanting to smoke yet another Cinco Decadas almost immediately after. With brilliant earthy tones, woody notes, hints of coffee, a smooth and creamy-like texture with a good body of more diverse flavours packed inside this wondrous cigar. All delivered in an excellent progression, I find this cigar to be a must-have for anybody looking for something special in their humidor.