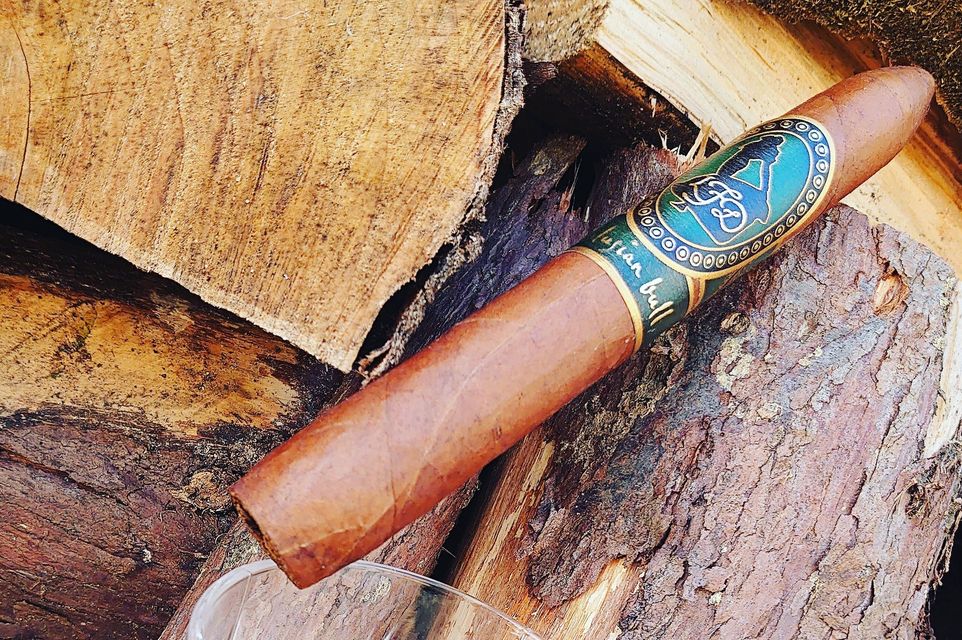 Good afternoon Ladies and Gentlemen, Cigar and Whisky lovers to this weekends Journal.

We have some fantastic cigars in store as well as online and what I find really interesting is all of the different ways someone picks their perfect cigar to smoke. For example, size, shape, brand, shade of wrapper, the cigar band, I could go on. But what if I told you there is one cigar that ticks all of those for me?! And that cigar is the La Flor Dominicana ‘Andalusian Bull’, which I am going to share with you why this is a must try cigar if you have not done so already and if you have might make you consider another.

As I sit here finally in the garden on a spring afternoon, counting down the days like the rest of the country to easing lockdowns and entering a new stage of our lives, I hold a mighty cigar to reflect and enjoy, while listening to bird song and the quietness of my surrounding. Joining me on this fine afternoon is a glass of our own independently bottled Robert Graham Guadalupian Rum ‘Despierta a los Muertos’.

I am going to start with the first third of the Andalusian Bull before I get into a bit of background on this Dominican Republic cigar. With it’s Salomone shape, I know this was not the easiest of sticks to make, in fact I’ve seen and smoked a number of Salomones but nothing comes close to this striking construction of tobacco leaves. I’ve pinched the end off with my V cut as I want to prolong my smoke and take in every single draw with enjoyment. On the dry draw there are notes of spices, I think a touch of what reminds me of warmed through Cumin and a fresh meadow grass that comes to mind.

Once alight and I have taken a few pulls as the cigar warms up there is a woody/hickory flavour which has added to the meadow grass I had in the dry draw. Makes me think being out in the garden (yes I know I’m in the garden at current) but with a BBQ and smoke cooked Lamb. Which I don’t know if that is because I am thinking about cooked meats, that there is a slight taste of charred meat.

So as I smoke along merrily let me tell you a bit about how the Andalusian Bull came about. This great cigar is from father and son duo, Litto and Tony Gomez of La Flor Dominicana. And call me an old soul but the thought of them working together to create and fine tune such a blend brings warm feeling to my heart. Now I have not met Litto Gomez in person, only the honour of hearing him speak at one of our virtual tasting events and from a gentleman who once worked in the Jewellery industry and switched to cigars reminds me of me. And I had the pleasure of meeting Tony when we celebrated our 145th anniversary, one of the nicest guys I’ve ever met. Was very star struck at the time as I’m just a simple lad from the fenlands and he’s sat there their talking to me like we had been friends for years. I will add there was a bit of neck cracking as I’m not the tallest of chaps and Tony I’m sure could be an NBA player. So, despite knowing them both, there is still an image in my head of father showing son all the tobacco leaves and teaching him, passing that knowledge on from one to another. Throw some Cat Stevens in there and you will have the same image as I do.

Now if I’m correct the size of the Andalusian Bull is based on a mould Litto found in Belgium. Despite the curves and tapering, this cigar is 6 ½ inches long and at the widest point has a 64 ring gauge. With well thought out blending of a combination of an Ecuadorian Corojo-seed Habano wrapper, a Dominican binder and a robust Dominican filler blend that consists primarily of Criollo '98, with a touch of Pelo d'Oro (and a Dominican grown hybrid) too.

Way the name? Well Litto Gomez was born in Spain and if you look at that cracking colour of green on the band of the cigar it is that green that you will also see on the flag of Andalusia. And the Bull? If you look at the band once again you will see a silhouette of a Matador, a bullfighter which is still a popular event in Spain.

So lots of passion and time has gone into making this cigar for us all to enjoy. And the icing on the cake is that this amazing stick Won Cigar Aficionado’s ‘Cigar of the year 2016’ being the first time La Flor Dominicana has been awarded No.1.

Back to the smoke, the second part of the cigar has released some outstanding flavours. That delightful touch of meat and a combination of spices. And the strength of the cigar has certainly kicked in, but with a smoothness to it. I have had some cigars where it goes from first gear to fifth with no warning. The Bull has you almost prepared for it. Almost like the Matador, that you can see the Bull and you know it coming and you are ready for it.

The Despierta a los Muertos Rum was a great pairing to have with this cigar. A pure sugar cane rum from the now closed Guadalupian Gardel Distillery, this cheeky little 10 year old has notes of pineapple and kiwi on the tongue with a smooth, gentle, but long finish. Just makes me crave for the warmer weather and long afternoons/evenings, enjoying these with friends and family. Better days are coming folks and it’s not long now.

As I finish the Andalusian Bull the flavour and strength are with me to the end with a great crescendo. Such a brilliant smoke from start to finish and it has taken me a good hour and a half to smoke. But there was no rush, how can you enjoy and appreciate any cigar let alone a Number 1 cigar? By rushing it.

This brings me to the end of my journal today and I do hope you have enjoyed it as much as I have telling you all about it. And you can try it for yourself with my pairing of the Andalusian Bull and Despierta a los Muertos and see what you think.