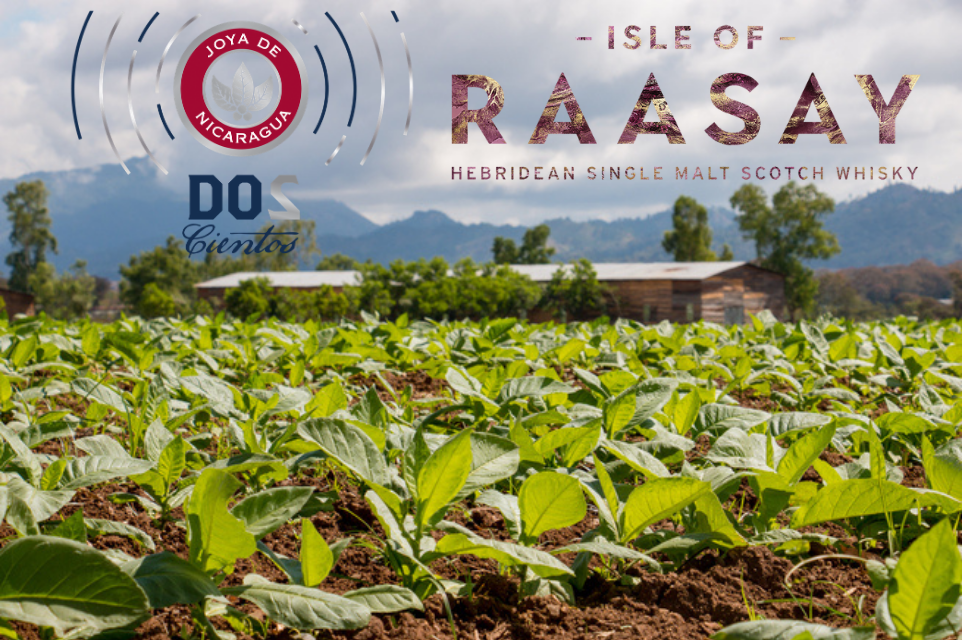 We are excited to reveal that as part of the official commemorations marking 200 years since Nicaragua gained its independence, Robert Graham has teamed up with Joya de Nicaragua and Isle of Raasay Distillery to offer its customers a sensational package.

Joya will release a new cigar to mark the bicentenary – a spectacular 5 x 54 Ring Gauge Limited Edition known as Dos Cientos. Just 500 boxes of these ultra-premium cigars have been released for sale outside of the US market, and on August 26, 2021, Robert Graham will give purchasers of a box of these outstanding cigars a night to remember at a specially created Zoom event.

By buying a box of 21 Dos Cientos (which will be shipping to purchasers in August), customers will receive automatic entry to our August 26 extravaganza, where we will be joined by Juan Martinez, Executive President of Joya De Nicaragua, as well as representatives from Isle of Raasay Distillery and our usual event team of author and raconteur Nick Hammond and house band, Beach Crows. Juan will talk about Nicaragua, its people, its history – and, of course, we will smoke this wonderful new cigar together. Attendees will also receive an exclusive batch of six samples of new release Raasay whisky cask samples valued at £40.

In every box of Dos Cientos is one special cigar, wrapped in commemorative paper, as an extra special treat to celebrate 200 years of Nicaraguan Independence!!


Robert Graham has a small number of single stick Dos Cientos packages available to buy for the August 26 event, which includes one of the regular Dos Cientos cigars and the six Raasay cask samples.

“We are absolutely thrilled to partner with Joya de Nicaragua once more for this very special occasion,” said Steve Johnstone, owner of Robert Graham.

“To have secured an allocation of such a limited and prestigious cigar is an honour – and we urge our clients to reserve their places very early indeed before they’re gone. These events will truly be special.”

Raasay is a new distillery from the tiny Hebridean island which has already garnered high praise for its first release. Carefully created using local water and barley and gently aged on the island in a mix of oak casks, Raasay whisky bottlings are eagerly awaited by Scotch lovers worldwide.  Robert Graham customers will be among the first to taste the latest expression.

To take part in these extraordinary events, we urge you to act now – when our allocation is gone, it’s gone.
Click here to see the options for our August 26th tasting!