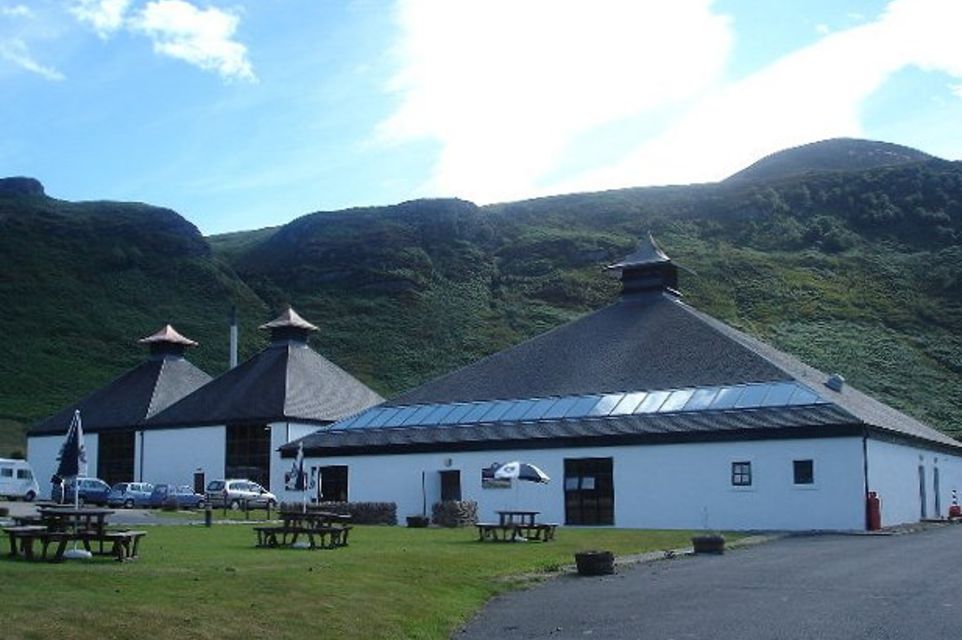 The Isle of Arran has a history rich in distilling, as you might expect from an island off the west coast of Scotland.  Although, Lochranza, the island’s only legal distillery since 1837 was officially founded in 1995.

Better known as “Isle of Arran”, there have been a glut of official releases, starting with a one-year-old “spirit” in 1996.  Many different finishes have been on the cards, as well as the wonderfully savoury-peat flavour of Machrie Moor.  Of course now that there’s been time to let the spirit rest, there are a solid range of age-statement delights as well.  A recent rebranding of the packaging has served them well, in addition to the opening of a new distillery by Isle of Arran Distillers in 2019—Lagg.  Lagg will focus on heavily peated expressions but also some experimentation is sure to play a part.

I’m a big fan of Arran.  Ever since trying an exceptional young cask strength independent bottling, I’ve found the spirit always shines no matter what happens to it.  This is one of the reasons why some of my favourite releases are very simple and allow the spirit to be enjoyed without being cloaked in a finish.

One exception to this is the recent release of Kildonan and Pladda Island 21 Year Old – The Explorers’ Series Vol. 3.  A richly flavoured, limited edition cracker, which I’ll be focussing on today…

The Arran “Explorers’ Series” are cask strength limited releases which are said to celebrate the beauty and natural diversity of the Isle of Arran.  The first two expressions in this series were Vol. 1 - Brodick Bay 20 Year Old and Vol. 2 - Lochranza Castle 21 Year Old.

The Vol. 3 celebrates Kildonan village on the southern coast of the island (relatively near the new Lagg distillery) which overlooks Pladda Island.  It comes in at 50.4% ABV, limited to 9000 bottles and has gone through maturation in sherry butts and puncheons before a final finishing in a port pipe.

The nose is dominated by dark fruit flavours accompanied by orange liqueur and double cream.  There’s a hint of subtle lavender somewhere in the background too.  The palate is unctuous and creamy, a good thick mouthfeel with luxury trifle-like qualities then a waft of warming cinnamon and nuts make themselves known.  The finish is very complex and lingering with plenty of fruits, buttered toast and the oaky and tobacco notes feel like I’ve just opened the humidor door and stepped in.