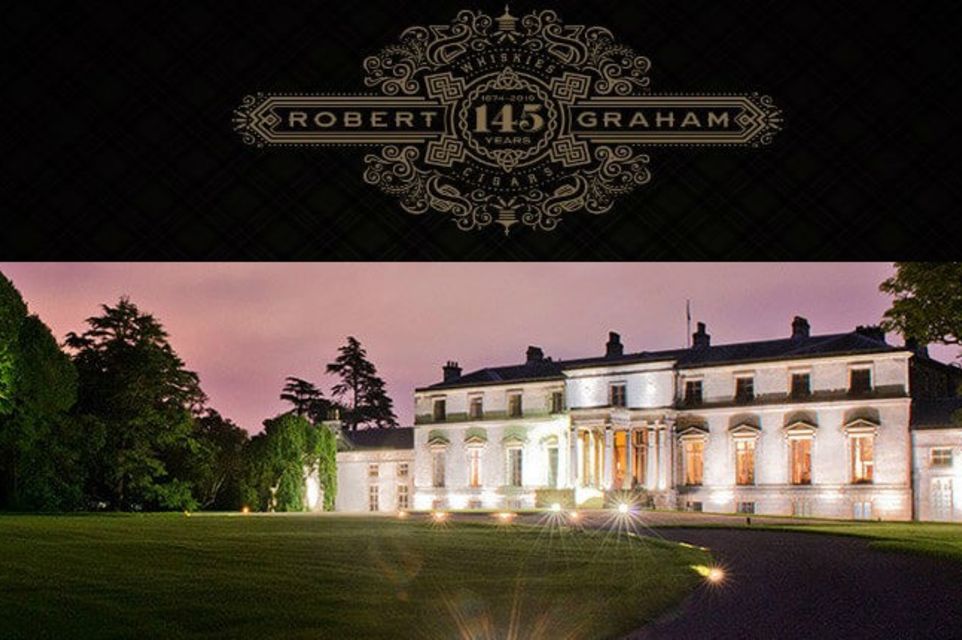 The cigar makers of the world meet the whisky barons of Scotland at Broomhall House, Scotland, on Saturday 13th July 2019 in celebration of the 145th Anniversary of Robert Graham.

Thirteen generations of Bruces have lived at Broomhall House and several have made a significant contribution to world history - the  Bruce family are delighted to be the destination and venue of choice for our Anniversary celebration.

Scottish history is brought to life through the perspective of one of its oldest families - the Bruces have been at the heart of Scotland’s story for over 1,000 years and their home, Broomhall House, is filled with historical objects and fine art of international importance. The sword of Robert the Bruce (“The Outlaw King” who led the Scots to victory at the Battle of Bannochburn in 1314) is kept at Broomhall, alongside their collection which includes a library with over 4,000 books, Old Master paintings and 400 years of family portraiture.
Broomhall House, however, is still a lived-in family home!

Cigar and whisky enthusiasts will be able to join the celebrities of  both the cigar and whisky worlds to help Robert Graham 1874 celebrate its 145th anniversary in luxury and style.

Tickets for the event will be £250 per guest, and includes amazing Scottish cuisine, a wide range of drams (Scotch, Cognac, and Rum), and entertainment will run throughout the night.
All attendees will also receive a “Money can’t buy" goody bag!!

To date, our attending partners consist of:

To keep up to date with information about the event, please register on our website homepage to receive our newsletters, where we will keep you all informed about our 145th Anniversary Celebrations and announce the date for when ticket sales go live (Expected to be within the next couple of weeks)!!