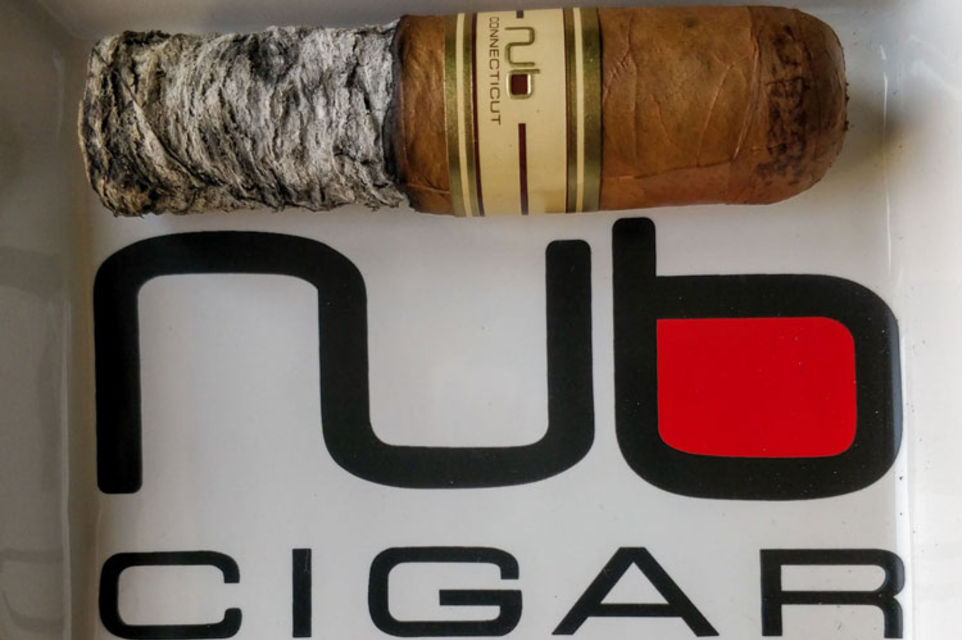 Made instantly recognisable by their rather non-traditional size, the NUB aims to provide a smoke where all the flavours and nuances of a cigar are immediately apparent to the smoker upon lighting. While most cigars develop throughout the smoke, the NUB aims to cut straight to the chase, hence its 4x60 vitola also known as a Gordito vitola. Although some may be put off by the shape of the NUB, thinking that its too short a smoke, it lasts around 45 minutes to an hour. For reference, a robusto lasts around 45 minutes.

The NUB, produced by Oliva, originally started off in 2007 when the sales representative Sam Leccia pitched the idea to Oliva. When released in 2008, it quickly developed a strong following and became a must have for anyone’s humidor.

Today, I will be talking to you about three different NUBS. The Connecticut, the Sungrown, and the Maduro. All will be the classic 460 size.

First up we have the Connecticut variant which has a Nicaraguan binder and filler and a beautiful golden-brown Ecuadorian wrapper that gives off a nice creamy and leathery smell. This NUB is designed to be the milder of the three cigars I am reviewing today. On the pre-light draw there is little resistance and I get a taste of fresh straw.

As someone who loves to light with matches, I initially found it a little tricky to light when using matches. However, when later lighting another with a lighter, it was much easier to do so.

It starts off intensely peppery but not even half an inch in that pepper is disappearing and is overtaken by creamy notes. Although rather faint I do pick up a light sweetness in the background which is accompanied by some woody notes. The notes are more of a cedar wood than an oaky note. As I continue into the first third the creaminess and cedar wood notes only intensify

Into the second third and the flavours themselves have not changed all that much other than being more intense like they previously were in the end of the first third. Halfway through however and the cedar wood is slowly being replaced by warm leathery notes and just a hint of pepper.

Now in the final third and the cream is a lot less prominent on the palate and the cedar wood I once detected is no longer noticeable. The leather has also become less obvious. That creamy note is more thick in texture when it comes to the end of this wonderful cigar.

Following up from the Connecticut is the Sungrown. All three components of the cigar are Nicaraguan, the wrapper is, as I’m sure you may have guessed, sungrown. The wrapper itself has a dark colour to it though is lighter than a maduro, it smells rather sweet and leathery. The Sungrown aims to find a balance in strength between the Connecticut and Maduro by being a medium to full bodied cigar.

After the initial lighting, it starts off spicy, but it doesn’t last for long as it quickly subsides. Then, stronger woody notes come through and a sweetness develops towards the end of the first third.

Now well into the second third, the palate has not changed as much as I had hoped. The woody themes remain present and a leather like taste had developed. The sweetness from earlier is still very much present.

Into the final third, the sweetness has developed a certain creaminess around it while the woody notes have died down and the leather takes its place.

Finishing off with the Maduro variant, this cigar has a fuller body than either the Sungrown or the Connecticut. I would personally describe it as more of a medium to full body that isn’t dangerously overwhelming. Alongside a Nicaraguan binder and filler, it has a wonderful Brazilian maduro wrapper to give it that slight edge and a lovely aroma of ground coffee.

On the first couple of draws that sweet maduro taste comes through instantly. About half an inch in the flavours are battling it out with developing notes of a dark coffee and a certain creamy like quality works well alongside the coffee. The sweetness is still there but its not the only thing I can taste like I did before.

In the second third, more oaky notes come through to accompany some more earthy tones while throughout the second third the coffee and cream also develops into a fairly prominent dark chocolate taste.

As the cigar enters to the final third, the dark chocolate taste becomes less apparent and the wood notes come through while the creaminess from earlier comes back with a vengeance and plays a more important role in the finish to this beautiful cigar.